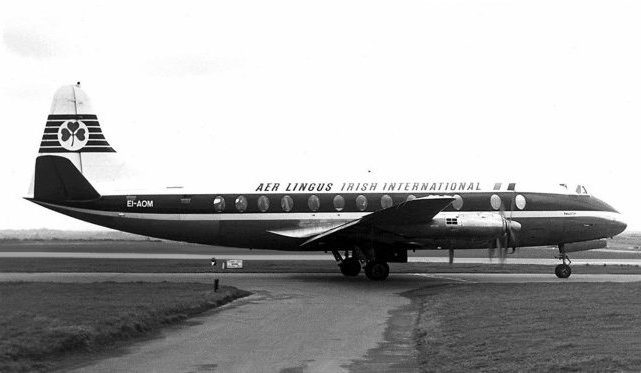 Ours was an early morning flight and the sun had yet to rise as we taxied out past great-big hangers and sleepy planes. That early morning glow, advancing slowly on the horizon and the burning orange and yellow of man’s electric light scattered here and there, warmed my little heart. I rested my forehead against the glass portal to feel the engines roar and breathed a deeply contented sigh as the wheels lifted ever so smoothly from the Dublin tarmac. This was my first time flying and ‘take-off was normal’ they said.

With a gentle squeezing of my hand, he leaned in and whispered in my ear “I love you”.

He often took one of us with him and this time, it was my turn. What fun we had, right from the moment we boarded the train for Dublin to the moment we touched down again in Cork three days later. I remember falling asleep outside his meeting room in London when I was suddenly awoken by a lady with curves which to this growing boy, were simply, unnatural. She walked towards me, leaned in slowly, and began to speak. I wanted to say something but was unable to utter one single word! I had met femininity face to face for the first time and at eight years of age, I was perfectly stunned. Neither perfume, stockings, make-up, nor a well-tailored suit could hide her curving form.

Together, we crossed a busy street to a busy shop where I bought a ‘big fat book’ on airplanes! What was I doing? I loved airplanes but I hated ‘big fat books’, especially the ones with tiny little writing and only a few pictures here and there. This was one such bloody book! I wanted the comic annual that sat beside it on the shelf, but I couldn’t blurt that out, now could I! That would be pushy and rude! My newly found girlfriend” in her increasingly alluring disguise, kept on asking ‘Are you sure?’ and I kept on answering ‘Yes, I’m sure’! My eyes must have burned a hole in the back of that comic! She knew exactly what I wanted but neither of us could do a damn thing about it!

Oh, how early we develop our little defence mechanisms!

I remember sharing a hotel room that evening when I accidentally saw him naked as I entered the bathroom. In truth, I’ve never really known how I felt about that. I’ve never thought anything was wrong, but I do wonder sometimes at how we, born naked as humans, become so upset even at a young age when we come face to face with nudity! I remember the underground vividly. I remember not going to Battersea Park because it was closed but then I also remember being allowed eight bottles of coke instead. That was worth it! I remember Buckingham Palace and the change of the guard and I remember the countless colours of Piccadilly. We saw so much and did so much but what I remember most, was being his only child for three long and lovely days. It was a welcome change from being lost in a crowd of twelve siblings, all clamouring for the limited attention of two loving, but completely over-stretched, parents.

We flew with the national airline, of course! That’s what you did back in the sixties! There was green everywhere! The hostess fed us lots of hard ‘sucky sweets’ to keep our ears from popping as we took off. She was nearly as gorgeous as my “girlfriend” back in London!

I couldn’t wait to grow up! Flying was so much fun.

On the way out the plane took ages to ascend and watching the ground fall away below was a real treat as was the thrust of the engines as they roared on take-off! At first, everything was quiet and very normal. Life was good. But then about ten minutes out a loud bang suddenly burst from the back end of the passenger cabin and without further warning, she dropped from the sky like a lead balloon! A sickening, hopeless feeling of fear gripped the terrified passengers, as they battled a thousand screaming thoughts and fell to their doom!

For some unknown reason, this time, he hadn’t taken one of us with him. He was on his own today!

It was Sunday and we’d all been to early mass except Dessy, the eldest boy, who’d stayed in bed to avoid his father’s wrath, having had a blazing row with him the night before. At nineteen, how was he to know he’d never see him again. I was six years younger than Dessy and still too young to argue with the ‘old man’. I’d happily said my goodbye’s as he left for the airport.

Later on, sitting on his bed, reading a comic to pass the time, I could smell Ma’s beautiful Sunday roast from down in the kitchen, as it wafted along the hall outside. Clare, the eldest, was calling upstairs, to my younger sister.

“Bríd love, have you heard what happened?”

I was immediately on my feet! “Arthur’s dead!” I thought. My mouth was bone dry! I listened again but could hear nothing. Just silence. I moved slowly out and into the hall to see what I could see. Nothing! Nobody!

Arthur was Daddy’s younger brother who, at the time, worked as assistant manager of the national airline. Ma always said he ran the whole place as the real manager, ‘never did a tap’. To think that he was now dead was hard to take!

I crept to the bathroom at the top of the hall and stooping to drink from the cold-water tap, drew up in careful slow-motion lest I’d meet my reflection in the mirror, and come to know my grief for real!

I knew Arthur wasn’t dead, but I truly wished he was.

The tap water’d had little effect as I started down the long hall. I crept past each bedroom door, making my way gently to the more modern living part of our ‘little mansion’! I had played and slept in all her rooms at some time or other over the years, but today, these doors were tightly shut. A lonely ray of light was all there was, streaming in through a dusty haze, from behind the bathroom door. A golden ray of sunshine, flowing in through the frosted glass was wrapping itself round my failing form, in the hope that as it gently did, it might soothe my aching heart.

But I saw nothing! I felt nothing. I heard nothing.

It was now stupidly dark and desperately quiet, in my ever-shrinking world. The light was lost to me and in truth, I was petrified but didn’t know it yet. I could hardly move. I can’t remember what I was thinking but it felt like I’d just had the worst news ever. It felt like somebody I knew had died!

And if not Arthur then whom?

I gingerly touched the soles of my shoes to the floor at every step I took, as if I’d wake the dead by pressing too hard. Like a broken-hearted Ninja, I screamed inside again, but louder this time. “Someone close is dead. Don’t be so stupid. Nobody’s dead” My thoughts went mad “You’re overreacting again. Typical. Stop! No! You’re not overreacting, you’re just being real. Shut up, you fool! Shut up” My heart did its best to escape the limiting confines of my chest as if to get away from what it was, I was about to hear. I could feel absolutely everything and yet I was totally numb!

It took forever to reach the turn at the end of the hall. At last, I reached the front reception where we kept the telephone. It was so much brighter there and more modern. It was like I’d merged into a whole new life, a new way of being! I headed straight for the sitting room door on the other side of the front hall, where there seemed to be a great commotion. I peeked around the jam and to my utter delight saw them all laughing.

How could I have been so wrong?

Everybody was gathered there – Kevin, Clare, Tricia, Bríd, Eileen, Christine, Paddy, and Siobhán. Ma was holding the younger ones, Collette and John on her lap and then, suddenly, without warning, in some terrible twist of fate, the laughing all abruptly stopped. I turned quickly to leave and get away.

I was building my first ever place of denial. I just didn’t know it yet.

By September it had been arranged. Ma was taking Kevin and me to the pictures, to see ‘Far From The Madding Crowd’ by Thomas Hardy, and then for some tea afterward, so we’d feel special before we left for Gormanston, a Franciscan boarding school for boys. Keeping us at home was ‘too much of a handling’ they said. The girls were much more grounded and in touch with themselves, but the boys would have to be sent away if any sort of order was to be maintained.

After all, ‘it was a difficult time for all. Something had to be done’.

The trip to Gormanston was a short one, an hour at most, as we were already in Dublin. But an hour is a long time when you’re headed to boarding school for the first time. Kevin and I sat silently in the back with very little to say, even to one another. To distract myself, I played games in my head about what might have been if things had happened differently. I do believe it was then or shortly afterward at most, that I developed my ability to play my foolish games and weave some wonderful webs, while all about me burned!

Back in March of ’68, as I tried to get away by dashing across the front hall, I ran smack into Dessy’s path. There was no escaping now. Everything slowed almost to a stop. This time, I had to listen!

“Daddy’s plane is missing…” he said, “They think it’s gone down in the Irish sea!”

Ma was in the kitchen and not the sitting room as I had dreamed. She turned her head to one side and smiled a crooked broken smile, as best she could. That was all that she could say.

Life, as I’d known it, would never be the same and many decades later, this verse would come to mind …

One bright Sunday morning in March ’68

On his Dad’s bed, he laughs, a teenager of late

Then a sibling cries bravely thru indelible strain

And everything changes, one simple refrain

He hears what was says, but still can’t recall

Numbed by the crazy wild shock of it all

He knows of his loss but buries it deep

His secret new pain, camouflaged by ‘a sleep’

Gripped by a fear of waking the dead

Down the long hall, he creeps in sheer dread

As he skilfully muffles the screams from inside

His heart thumps out loudly like someone has died

At last, he emerges from the dark of the hall

To one simple refrain, ever-changing it all

“Daddy’s plane is missing…” he says, he’s looking at me!

“They think it’s gone down in the Irish Sea”

Where a vanishing void steals a perishing soul

Nothing, just now, of his World could remain

He would forage a repeating fool’s game

In vain hope that someday, he’d see him again 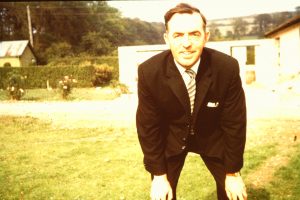